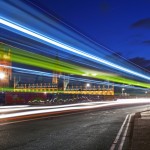 Since starting this blog, I’ve been blessed with some extended conversation about some of the finer points of memorization.

For instance, I had talked in the past about the difference between throwing image-associations into the void of one’s mind and locating an associative image in a dedicated Memory Palace (which in the Magnetic Memory system is an alphabetically organized and predetermined Memory Palace).

One valued member of the newsletter emailed to caution me that I shouldn’t throw location-less forms of vocabulary memorization out the Memory Palace window, so to speak, and yesterday’s video (which in case you haven’t seen it can be found here.

This language learning and memory techniques video prompted a further exploration of the issue.

… associating in the void does work although I have to admit that your loci system for storing vocabulary may have two advantages:

2. There is something very slightly superior seemingly to the loci system versus the peg system for example.

I would like to expand a little on number two.

One is the interaction with the item stored there at the locus.

The other is the visual image of seeing the word one is trying to remember at the locus with no real interaction except visually being there. With the peg system in contrast there is only the interaction between the vocabulary one is trying to store in memory and the peg word for the numeral.

So in conclusion I think that loci system involves an extra association with essentially two chances to recall the word or image whereas the peg system only involves the actual interaction between the peg and the word to be recalled.

Even so I would like to see the two systems compared experimentally. Keep in mind that the peg system could be used for language learning as well as simple list learning just as the loci system can.

For those of you unfamiliar with the peg system, you can find some additional information on the Wikipedia mnemonic pegs entry.

Most books on mnemonics include material on using a peg system of one sort or another, especially Bruno Furst.

You can do some pretty amazing things with it, especially for memorizing lists of things on the fly. It’s also a super-simple memory technique to pick up and well worth having in your Magnetic Memory toolbox.

For more advanced systems, check out this discussion with memory expert Florian Dellé on his approach to the Major System. It’s like pegs on hyperdrive.

Why I Recommend A Dedicated Memory Palace Strategy

That said, one of the main reasons I advocate locations rather than having vocabulary float around in the void of our minds comes from some basic human needs: safety and security.

I’m not a psychologist or anything like that, and I certainly have no data to back this up.

Nonetheless, one thing that strikes me is the fear of losing things. No one likes to lose things, including keys, money and above all, memories. That’s why these 4 Memory Improvement Systems are so powerful.

Whether one uses mnemonics or not, I think many people approach memorization and learning in general with a fear of “losing” what they’ve struggled to learn and memorize.

But if you have a firm location where you’ve placed the material, even if you need to go back and strengthen your associations, you’ve eased part of that rather normal anxiety about losing things.

You’ve not merely associated the target material with images that bring it to mind: you’ve associated it with a place you know (which is basically what today’s commentator is suggesting).

I’m taking things a step further by suggesting this:

With the Magnetic Memory Method, you’ve done more than increase your chance of memorizing the material.

You’ve actually reduced, if not eliminated the fear, anxiety and basic frustration that arises when we experience blips with our memory.

Because we know that the material exists somewhere.

For this reason, my suggestion would be to combine loci with the peg system. There’s no reason that “one is a gun” couldn’t itself be stored in a room in your house, your workplace or your school.

Even better, if you know the Major, you can number every station in a Memory Palace. This will give you an image on each and every station if you have a 00-99 P.A.O. list. (Person Action Object.)

To learn more, check out the 3 Most Powerful Memory Techniques For Memorizing Numbers.

The same goes for fixed-image based associations.

For example, some people associate the number one with a candle, the number two with a swan, etc.

This approach can be very useful, However, I think that its power goes through the roof when each associative device is located somewhere.

Sure, I may be fussing around with “micro-anxieties,” but when it comes to accomplishing our goals (such as becoming a human search engine, eliminating even the tiniest barrier only makes sense.