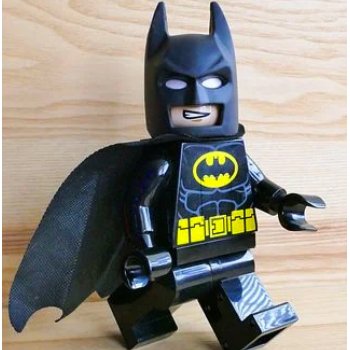 Can you use memory techniques to pair words with numbers?

For example, can you use a Memory Palace to recall the name of a TV station and it’s number on the dial?

The answer is absolutely yes.

And it’s the subject of today’s question:

Thanks for great advice on this blog.

How would you memorize TV channels?

I’ve talking about matching the channel to its number.

It would be useful because cable systems don’t always have a clear printout.

It’s different if you’re accessing via TV tuner or via cable box.

And of course travelers may have a different layout in each new hotel.

Often they don’t have a guide.

Thanks for this great question.

In fact, the structure of the material you want to memorize lends itself to relatively fast and easy memorization.

For one thing, whether it’s 100 channels or 900, this information features a linear progression.

Since the Magnetic Memory system insists that we use location/station-based Memory Palaces (as opposed to tossing richly imagined associations into the void of the mind), the first thing to do would be to create a 100 or a 900 station Memory Palace.

Sounds a bit of a stretch, doesn’t it?

Here are a few ideas:

Basically, you want to develop a few systems of association.

The pegword method is essential, especially a mix of the different kinds for the alphabet and numbers.

You’ll also want a system for memorizing numbers, like the Major System or Dominic System, both built out to a 00-99 PAO.

That way, if you want to memorize that BTRX-1134 am uses the 353 frequency, you can rapidly create associations for each and every bit of that designation. 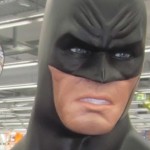 BT would lead you to think about a bat, so much not use something specific, instead of generic.

In my case, I would choose “Batman,” but go one step further.

I would a version of Batman I’d seen with my very own eyes, such as the statue in an electronic supplies store I once saw.

If you can use this level of specificity in all of your images, you will remember the core information much better.

Let’s say that you’ve got a house with 9 rooms. You’ve started at a terminal location and are traveling from the first room to the last room without trapping yourself and without crossing your own path.

Now let’s imagine that in each of those rooms are ten televisions.

You have them arranged in a grid or a circle or in whatever way works naturally for you.

I think you need to take care to mentally enter the room following the same rules I always advocate (not crossing your own path, not trapping yourself), but you could also just imagine yourself peering into the room to look at the matrix of televisions instead of walking from set to set.

On each screen of each televisions is a grid with ten spaces. You assign the name of the first station to the first space in the grid and then move onto the next one until you have a list of the first ten stations.

Or, you could allow yourself to mentally “enter” the screen of this television, and have a little mini-journey inside comprised of 10 stations.

Which leads me to …

I like the first idea and wouldn’t mind experimenting with it for a long list of material – even for foreign language vocabulary, really tricky stuff like Arabic, perhaps – but to get a 900 station Memory Palace together, I would probably invent something.

For example, it could be an elevator in a building with 900 stops.

Every 50 or so would have an observation floor or some special indicator, but in general, it would be a simple, linear journey from top to bottom.

I could also see using a virtual train, each car containing 10 or more fixed stations along which to affix associative images.

When it comes to the decimals, that is again merely a matter of including them in the journey by creating special train cars or special floors on a building.

(By the way, I tend to think of moving things like trains and elevators from something like this because it gives the Memory Palace a lot of kinetic energy in the mind and this can be quite “magnetic”).

At the end of the day, one ultimately has to come up with their own virtual location, and I’ll bet Batman’s cape that if you relax your mind and body, your brain will provide you with the imaginary bricks and mortar needed to create the perfect Memory Palace.

These principles are the closest thing to magic that the human species have every known, and I hope you enjoy and benefit from my propriety take on the matter.

As always, feel free to send more questions – and let me know how you do!

And so, until our next broadcast, which will come to you from the same Bat-time on the same Bat-channel, teach someone else what you’ve learned about Memory Palaces.