The Young And The Memorize-Less 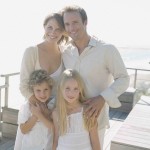 One of the great questions that I often get involves the teaching of mnemonics in schools.

The fact of the matter is that mnemonics are sometimes taught in schools, but that an overwhelming majority of education specialists – and the community at large – deny that they work. (Just take a look at some of the negative reviews of my books for a few unsavory examples).

Why anyone would deny the power of mnemonics, I simply do not know.

What I can say is that the benefits of mnemonics go far beyond traditional education. Their use extends far beyond the memorization of historical facts and mathematical theorems. For one thing, using mnemonics massively increases ones imaginative abilities.

Moreover, using mnemonics is a non-monotonous activity that sends oxygen rich cells to the brain and is known to improve the verbal skills of those who use them to memorize vocabulary.

That’s what the Magnetic Memory Method is all about.

Mnemonics also involve the organization of information. This includes spatialization, and re-spatialization (if I may coin a frivolous new term). This makes a person a far more active learner, someone who pays attention in a completely new and different way. They pay attention to time, space and that “shape” of information itself.

Mnemonics make the subject of study far more interesting, largely because you’re engaged in two activities at one. Sure, it’s a bit like juggling, but it’s what keeps us on our toes that makes life rich.

Mnemonics reduce the amount of time one has to spend mentally searching for information that has been learned. This is especially critical when taking timed tests, but even more so when engaging in foreign language conversation.

But … maybe there are some disadvantages.

It’s kind of like swallowing a bicycle and then reshaping it through a mental digestive process to suit your riding (learning) style.

You’ve also got to have passion – the passion it takes to achieve your goals, which are sometimes tough enough in the first place without taking an extra step backwards in order to rocket forward … but then again, if the neighborhood kids knew that you could build a rocket pack in just a few hours and then never have to walk to school again, there wouldn’t be a lawnmower left with an engine in it for miles around.

The other disadvantage is that you have to be willing to take risks.

You know, I think that the criticism that mnemonics are like crutches is partially correct. There’s no denying that by using mnemonics you are introducing something artificial into your mind in order to remind yourself of something else.

The problem with that criticism is that the thing you want to remind yourself of is also artificial. It’s a non-you “object.”

But once you’ve learned it, that target bit of knowledge becomes part of you.

And so does the mnemonic. Just like the bike that is the mnemonic system, you’ve digested the target, reshaped it, made it your own.

The risk comes when you walk out into the world with nothing more than a pile of formerly foreign mental objects inserted directly into your mind.

No pages filled with notes.

No words scribbled in ink on the palms of your hands.

Just you, your mind, your mnemonics and the target information.

And if I were among the young and memorize-less, I’d be the first in line to build me a rocket and fly.

And that’s a beautiful thing.