The Spaced-Repetition Hoax That Would Not Relax 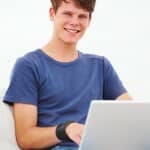 Those of you who have been following along the past know that I had perhaps overexerted my claim that spaced repetition software is a “hoax” when it comes to helping people memorize languages, facts, figures, what-have-you.  First I showed you how to use Anki way better by adding a Memory Palace Method to the mix. Then I talked a bit further about the darkside of Pavlovian conditioning using spaced repetition software.

Despite some really great feedback from a valued reader of the Magnetic Memory Newsletter, and having tested some of the software I was not previously familiar with myself, I still cannot fathom the value of spaced repetition software, and still think that in terms of grace and elegance, spaced repetition is a hammer compared to the feather of memorization techniques such as the Magnetic use of Memory Palaces.

Continuing the conversation, our contributor writes:

One thing I should tell you is that you cannot fully appreciate these types of programs till about one year of use.

This is exactly my concern!

A year of computer-assisted (or index card-assisted) repetition compared to the small investment of time needed to develop a system like the one I teach in my books will have you appreciating the power of your mind in no time flat.

That said, I do not deny that the power of repetition after all of that time won’t have its positive effects.

But I’ve never bought into this “10,000 hour” rule either. With all due respect to Malcolm Gladwell, the mastery of skills can, has been and will in the future be achieved much sooner and with far fewer maintenance sessions by normal people and so-called geniuses alike.

And when it comes to memorizing stuff, one hour really can be 10,000 hours relative to computer-assisted spaced repetition.

Lest it seem like I am being antagonistic, let’s carry on with the email. After recommending Flashcard Elite for iPhone (which I have yet to try), our contributor writes:

Although I am basically sold on these types of programs there is another potential disadvantage that u have not foresee;  some of these canned flashcard data sets have errors in them.  If one has some knowledge of the language it is better to do as i do and create your own data set say for oddball German words you have just encountered or ones u have rarely encountered.  I know how to pronounce Spanish words so I do not even bother with the sound.

Fortunately in the canned Spanish data sets I know enough Spanish to detect most of the errors. I am at an advanced level and in many cases of the canned programs I sense the author was at a beginning to intermediate level.

Another disadvantage of the programs is that if one switches the settings so that the stimulus word is in English and the response is in the foreign tongue, one can often get these wrong because one becomes advanced and knows about 15 ways to say the same thing in the foreign tongue, but that is not a software problem, but it is just the nature of learning a foreign language.

In such cases if I can think of any correct way to answer I give myself a good or a pass on whatever spaced repetition software I am using.  I have used them all except Mnemosyne:  Anki, v-trainer, Supermemo, and several phone apps.  The Supermemo algorithm is the one that best fits the Ebbinghaus forgetting curve which seems to apply whether or not one is using mnemonics versus rote, or something in between.

One other problem with the spaced repetition software is that when one reviews a thing say a week later that u have not rated yourself well on the program it is gambling that on the rating and based on the time that has passed that what it presents u in any given review session will be things u have forgotten.

Then can make one have a very non reinforcing review session in that it is rewarding to get things right and punishing to err. However I enjoyed using mnemonics as i tended to get even 90 percent of these right.  So i enjoyed trying to beat the software in this manner.

If I missed an item, I just shored up the mnemonic and always got it right the second time. If I used a mnemonic I found I could recall an obscure Spanish word a year later.  The kind of word one does not hear or see a lot- I only used it for lower frequency words because I was already speaking the common words.

I only know a little Italian and have not used much spaced repetition for that yet. I will soon be shifting over to your method for Italian but I may use spaced repetition software to recall my stations and the words associated with them.  That does Not mean I  would not review the stations and words in my head outside of using the software.

As I wrote in two previous “memory hoax” editions of the Magnetic Memory Method blog, I’m not at all inclined to toss these software programs into the dustbin. I only think that their use is severely limited without some form of “soft” memorization strategy.

I call it “soft” because I am borrowing a term from Systema, which is the martial art I study. In this art, we absorb the energy of the attacker and redirect it into the attacker’s body with the minimal amount of movement, effort and technique.

As with the Magnetic Memory Method, there is a lot of preparation involved.

But as with the Magnetic Memory Method, once set-up, the ability to smoothly transition those words into your mind using your imaginative abilities uses far less effort, energy, and ultimately, you wind up using less of the technique overall.

This is because overtime, you don’t need to think about the technique. You simply do it, and the more you practice the memorization technique in a relaxed manner, the more relaxed you will be during recall.

Relaxation is definitely where it’s at.

So my recommendation to anyone using spaced repetition software to help them memorize languages, facts, figures, terminology or anything whatsoever is simply this:

Use the program in combination with a memorization system like Magnetic Memory and use it when in a state of deep relaxation. There are 21 more powerful memory tips you can use too.

2 Responses to " The Spaced-Repetition Hoax That Would Not Relax "