The Quick & Dirty Guide To Memorizing Parts of Speech 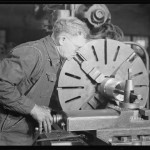 If you’re reading this post, then you’ve probably heard about the Magnetic Memory Method. In a nutshell, you create a Memory Palace for each letter of the alphabet, and within each Palace you create a journey you can mentally follow, one in which you never trap yourself and never cross your own path. This requires a bit of preparation and predetermination, but once you’ve got that down, it’s all peaches and cream.

However, you don’t have to create a Memory Palace for each and every letter of the alphabet. I happen to happen that this is the quickest path to acquiring masses amounts of vocabulary, and it has been tested time and time again by readers of my books who sit down and put these techniques to work.

That said, there are alternatives to the thematic approach, one of which is perhaps less eloquent and less organizational in terms of how you can use the “natural” order of the alphabet to retrace your steps through a Memory Palace. Nonetheless, this method holds great power, so I offer you the idea.

Creating Memory Palaces for the parts of speech.

If there’s a part of speech, there’s the opportunity to build a Memory Palace exclusively for its words to reside.

And the Real Estate is cheap, so long as you don’t mind digging into the receptive soil of your own mind.

One benefit of having Memory Palaces based on the parts of speech is that you can quickly master certain aspects of grammar and connect the words you’ve learned in sentences at a rapid rate.

The downside (actually, there is no downside with Memory Palaces, just words of caution) is that for Noun and Verb Palaces, you’re going to need Memory Palaces with tonnes of stations within them.

But that’s not a problem if you’re a reader of this newsletter, and even if it is a problem, there are ways to solve it.

First, you can create alphabetical Palaces for the parts of speech, i.e. a Palace just for verbs that start with the letter A, for letter B, C, etc.

Or, you can create journeys in Memory Palaces for random lists of nouns, but keep those journeys relatively short. You could have, for example:

Point being: if you’re stuck on working alphabetically and don’t like it, try building Memory Palaces based on the parts of speech. This approach can and will work gangbusters for you. I hereby give you license to magnetize your mind.