The Frames of Fluency 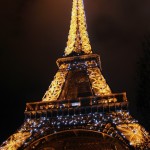 I focus on memorizing vocabulary to help people achieve fluency.

Because most people can never memorize phrases until they can memorize individual words.

I share some ideas about memorizing poetry for memorizing phrases once you get there – and a great way to learn a language is to pick up some poems and song lyrics.

For example, I recently memorized some Chinese song lyrics while on a live stream:

I also talk about how to memorize decks of cards as a means of learning to memorize and absorb foreign language vocabulary faster.

But in general, my goal is to help people learn new words so that they can communicate in their target language or within their profession with sophistication and ease.

The method I teach involves creating a number of Memory Palaces based on the alphabet.

Each Memory Palace features a journey, some long, some short.

I advocate dividing words into components and dedicating a part of a journey to those components.

This activity is a huge part of not only guiding your way from station to station in any given Memory Palace, but also teaching yourself about how the language works.

In other words, learning how to memorize vocabulary is not just about entire words, but also about the parts of individual words.

But munching down raw vocabulary isn’t everything!

That’s why I want to tell you about some other “frames of fluency.”

This term indicates the portals you can pass through as part of your daily fluency practice.

Of course, developing bilingualism begins with cultivating vocabulary, but here are some things you can do to maximize the vocabulary you memorize and gather even more.

1. Study the background of the language.

If you’re studying French, why not get some books on France, Quebec and other parts of the world where this language is spoken?

Likewise with German, like one of my students did when learning German phrases.

You can also use it for something like my friend Daniel did when memorizing the Spanish provinces.

Try to get an idea of how that particular language is related to cultural customs, political structures and the general pulse of the people.

You could also head to the library and find some scholarly books about the history of the language itself.

I do not recommend that you read books about grammar unless you are going to read them within the target language itself.

And that is something that you can start with at any time. Otherwise, if you are sitting seriously with a dictionary and memorizing grammar using the Magnetic Memory Method, then you are going to pick up more than enough grammar from the sentence fragments in your dictionary (or your online dictionary).

2.Read within the language.

The next thing to do is read within the language itself.

This could be through children’s books – but please don’t make this mistake.

Many language learners think that reading books for kids will necessarily be simple.

Books for children in your target language could be biting off more than you can chew if you’re just starting out.

First, they often feature a surprising number of words that you won’t find in a standard dictionary.

That said, the pictures can be very helpful.

More useful are newspapers and magazines in your target language.

If you can quickly find out what’s going on using the New York Times and then glance through the same or similar stories in a major newspaper in your target language, you’ll find a lot of new words you can add to your vocabulary.

You’ll discover this vocabulary while basically understanding the context in which they have been used.

Ultimately, only you can decide which reading materials are most appropriate for you. The trick is to be interested in whatever you choose to read. If you are a person who is uninterested in the latest tragedies around the globe for whatever reason, then reading a newspaper may not be the best thing for you.

One thing that has been tremendously helpful to me involves reading books in a target language that I already know very well in English.

George Orwell’s 1984, for instance, is very easy to read in German, not just because I’ve used the novel to help build my vocabulary. But because I’m keenly interested in the story. It’s the kind of novel that I can read once a year and never tire of it.

Now in this case, I’m talking about reading an English-language book in one of my target languages. You can also do this the other way around.

For instance, I’m also very familiar with the English translations of Franz Kafka’s writings, so can readily absorb myself in his German.

Reading doesn’t have to be limited to books either.

For example, I love watching Shakespeare movies with the German “untertiteln” (subtitles) turned on. I sometimes watch half the movie with the English sound turned on and then the other half with the sound switched off so that I have nothing more than the images and the German text to which I can refer.

This is again and English-to-target language procedure, but one can just as readily seek out movies in the target language that feature closed captioning.

This will give you subtitles of the words that the actors are actually speaking. Have a pen and pencil handy to jot down some of the vocabulary you want to store in your Memory Palaces, and you’re set like Chet, as the Hardy Boys used to say.

Why is reading important? It’s because you’re encountering the words in context. I will always advocate raw time spent with siphoning the dictionary directly into your Memory Palaces, but this needs to be supplemented with reading of one form or another.

The whole point of building a massive vocabulary is being able to encounter all of those words in context, so make sure that you spend time reading, either from books or in collaboration with movies in the manner I have suggested.

It’s really important to test your accuracy, or at least verify that you’ve generally understood what you’re reading. The best way to do this is to use novels rather than newspapers.

Some online newspapers, however, do come with translations in English, so that can be helpful for the purposes of verification, but these can take some digging to find.

It’s easier to just identify a novel you love and then find a translation of that novel in your target-language.

After completing these steps, go back and read the chapter again and notice how your understanding of the story has expanded. This should be a thrilling feeling that will inspire you to do more.

Look at the same chapter in English and see how well you’ve done. Obviously, there are no word for word translations, and I don’t mean to suggest that you can have 100% verification.

The point here is to simply focus your attention on the meanings of the words and how they are used by jogging your memory of the way things played out in this favorite book.

If you think this might be difficult, just take a look at the world of conference interpreting.

If an entire chapter proves to be too much, just work on a single page.

If a single page is too much, work on a paragraph.

Failing that, work on a single sentence, but take care that you don’t “undertrain.” You don’t want to be doing Mr. Bean-sized pushups against the wall when your body is capable of raising itself up from the floor 50 times or more with a touch of training.

For those of you who want to go further with this technique, see if you can’t find an audiobook of one of your favorite novels in the target language and then read the physical book as you’re listening.

There will sometimes be slight variations in the text, but these shouldn’t be bothersome so long as the audio production is unexpurgated. You can usually figure this out by how long the recording is (i.e. a 2 hour recording of a 500 page novel is most certainly expurgated, but if it’s 20 hours long, you should be on the right track).

I won’t go into great detail about building motivation to help with Memory Palaces for foreign language vocabulary because I talked a lot about motivation last month, all of which has been gathered for your convenience in the Magnetic Memory Method Newsletter Volume 1.

In brief, building motivation is key to your success. If you follow all of the first three steps listed above, you will undoubtedly have all the motivation you need, but be sure to read through the different kinds of motivation related to language learning.

As you know, I end every issue of the Magnetic Memory newsletter with the suggestion that you teach someone about what you have learned about memorization.

This isn’t some gimmicky ploy to get you to tell other people about my writing (though that would be nice).

The truth of the matter is that we only really start to internalize when we describe.

Think about this for a moment.

You know your favorite movie? The one you know inside out?

Chances are that the reason you know it so well is because you’ve repeated the story to your friends.

You’ve internalized it by going over the fine details of the plot and this has allowed you to enter the narrative world so deeply that it has become a part of you.

You can do more too: Here’s how to increase memory by watching movies and series.

There are so many ways to approach this technique, so many nooks and crannies and hidden dimensions.

Reading about them and using them in the privacy of your own mind is great, but I’m convinced that true understanding, and with it, motivation, comes when you clarify the concept by speaking about it.

I realized this back when I was teaching Film Studies at a variety of universities. I only really started to know my topic until I was standing before large audiences explaining the rather detailed historical trends and complicated theories. But with practice speaking about these matters, the details start falling into place and the theories lose their complexity.

The same thing happened when I started teaching Memory Palace techniques to the people I was studying German with and later with my students, friends and the people who invest in my memory courses. Don’t let what you’ve read in a book remain stock knowledge that you do not use in the real world.