Can Rote Learning Be Done Right When Memorizing Phrases? 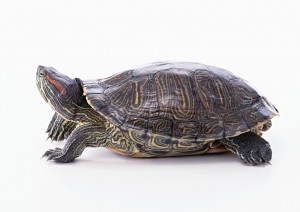 I’ve been thinking for awhile about the difference between rote learning, memorizing individual vocabulary words and musical phrases.

Just like the notes in music, individual words are never isolated, which is why it’s usually a good idea to include at least one phrase with each word in your Memory Palace station so that you have that word in context.

In case you haven’t seen it, I made a video for you that gives an example of exactly how you can do this as part of your testing process using Excel files to keep track of your Memory Palaces.

(Have a look and please leave a comment if you find the video useful or have any ideas you would like to add).

What makes vocabulary different than music, however, is that words maintain a meaning that more or less remains intact outside of the context of a phrase.

In music, on the other hand, a note has value (i.e. it resonates at a particular pitch), but it doesn’t mean anything in particular.

Am I getting too philosophical?

What I really want to get at is that music learning does require a certain amount of rote learning because even if you can instantly remember a musical phrase from, say a Bach cello piece, you still need to run your finger up and down the strings multiple times in order to develop muscle memory. It’s more than just something that happens in the head. It happens in the body as well, particularly in collaboration with the instrument.

One of the ways musicians are taught, especially drummers and those who play stringed instruments that don’t require the use of their mouths, is to sing while they play. This not only increased focus during rehearsal and performance, but it trains the ear to develop perfect pitch.

The interesting thing about this is that the muscles of the mouth are also being trained … and this led me to think about how we learn the vocabulary of foreign languages and/or difficult to pronounce terminology.

I’ve been experimenting with this technique and I think it’s something you might like to try. Think of it as a muscle memory exercise for your brain and for your mouth.

But first, the idea requires a bit of explanation.

When I am learning a difficult phrase in a piece of music, I often repeat that phrase again and again outside of the context of the song. This technique is called “dedicated practice.”

To be clear, a lot of its value comes from training the muscle memory of musicians and has very little to do with mental memory as such.

Here’s why it works, and then we’ll apply the technique to memorizing phrases.

One of the mistakes that many music learners make, is that instead of isolating individual phrases, they go back to the beginning of the piece and play towards the problem. This means that they are playing with the anticipation of the problem in mind.

Yet, by isolating the problematic phrase and repeating just that portion, your mind and your fingers remove the problem so that you can play the piece from the beginning without anticipating a difficult stretch. In essence, we master the whole by mastering a series of individual sequences.

The Proper Way To Apply Rote Repetition With Phrases

If we were to call the difficult passage 1, the one after A and the one before B, the routine would look something like this:

1 (repeated as long as it takes to improve)

1a (repeated as long as desired)

b1a (repeated as long as desired.

I think about 10 times of each stage over a fifteen minute period would really advance anyone’s playing skills tremendously. People in the mastery business call this “dedicated practice” because it dedicates itself to specific elements of a target skill rather than proceeding willy-nilly.

So let’s apply this technique to learning a language.

Take a German phrase like “Man muss das Eisen schmieden, solange es heißt ist.” (For those of you not studying German, it basically means the same as “strike while the iron’s still hot”).

Let’s say that you struggle with pronouncing “Eisen schmieden” (pronounced something like eye-zen shmeee-den).

Since we’re not using rote repetition to learn this, we’ll have already used associations in a carefully prepared Memory Palace to hold the phrase (let’s say that you’ve stored it in an E Palace for Eisen).

This exercise would then involve something like this in order to train the mouth:

… and so forth depending on how much you need.

Of course, I have many other methods. These 21 Study Tips will help you even more, for example.

If you want more ideas like this and for some reason you aren’t already subscribed to the Magnetic Memory newsletter, here’s where to sign up.

For more on memory and music, see:

Memorize Bach on Bass: How to Memorize Notes Quickly

Music Mnemonics For Guitar and Piano