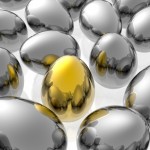 I found some incredibly useful feedback from a Magnetic Memory reader in my inbox this morning that really opens up the conversation regarding my post about using imaginary elements in your Memory Palaces to memorize 3000 foreign language words or more.

Your answer regarding adding more than say 260 foreign words was not totally satisfactory in that a bunch of bookshelves look just alike in one’s mind and would easily get confused.   From reading your Spanish book, I think a better answer would have been that the stations of a given site start inside the structure and in this way it leaves room for adding stations on the outside of the structure as you point out in your book(s).  The bookshelf idea seems to be a recipe for interference, proactive and retroactive.

This is a very important word of caution. It is true that in my books I advocate starting from within a Memory Palace, such as an apartment and working your way out without:

a) trapping yourself, and

b) without crossing your own path.

However, depending on your imagination, I would not rule out adding elements like imaginary bookcases for memorizing foreign language vocabulary using Memory Palaces. Success with memorization comes from personal adaptation, integration and experimentation with the core methods.

It’s like the Matrix where there may be no spoon as such, but what we can see and conceptualize, we can bend to our will if we simply relax into being the “one” (i.e. the Memorizer).

As I talk about in my books, I’m not a particularly visual person, so I need to constantly focus on visually with my images and actions in order to experience the best possible results.

But I have had a great deal of success with bland and uncharacteristic Memory Palace locations.

Some of these I have completely invented based on the idea that an organizational object can be conceptually invented. Such objects can be subdivided into numbered stations. I make the numbered stations a journey along which I proceed from word to word, or whatever material I might be memorizing.

Here’s an example of what I call my “emergency” Memory Palace. It’s one of my most powerful memory technique secrets.

It is an imaginary train.

To use it, I start at the back of the caboose on the platform.

Then I move into the caboose and use the back left corner.

Next, I move to the right corner, the center, the front right corner and the left corner.

After this, I find the link between the caboose and the first car.

That is a station.

Then the next car is used in precisely the same way as the one before.

I make no attempt to differentiate these cars other than that I start with the caboose and every car thereafter is numbered starting with two and up.

Now this memory technique isn’t foolproof, certainly can lead to confusion and there are no magic bullets in memorization .

However, once you’ve understood the core techniques, read different variations that different memorizers use. Follow up with the footwork of your own adaptation and experimentation.

By taking action, you’ll make memory techniques as close to a magic bullet as any of us are likely to find in life.

With respect to the bookcase issue within a room, one could differentiate these shelves if they wanted to add an organization system for doing so. If you happen to know the Circle of Fifths in music by heart, for instance, every room could have a set of bookshelves organized in accordance to the Circle of Fifths.

Now this is admittedly advanced stuff and involves adding rules upon rules and principles upon principles, all of which can lead to overwhelm.

And let’s face it:

Overwhelm is the last thing that people need when it comes to reaching their fluency goals.

However, I believe that advanced concepts are empowering, so I always encourage people to experiment.

If you think you might be comfortable setting a rule that every room in your Memory Palace for the letter ‘G’ has 10 bookcases and you will always proceed from the top of each bookcase to the bottom, then it might just work miracles for you. Kevin Richardson had similar revelations with his Memory Palace Network for Japanese.

But if you’re overwhelmed with my impetus to go ballistically Magnetic, why not experiment with just one imaginary bookcase in just one room of one Memory Palace when you’re ready to take this step?

By the way, all of the great idea this week about making things more complicated verses simplifying them reminds me of the wonderful exchange between Henry David Thoreau and Ralph Waldo Emerson.

How to Simply Your Use of Mnemonics

So with that in mind, no matter where you are with your memorization, the more you simply think about the concepts, the stronger the basis upon which you can improve.

You might not be thinking a lot about theory while you’re playing, but spending time with it cannot help but improve performance, particularly with respect to improvisation.

The Magnetic Memory Method Forum is another great place to get new ideas, inspiration and conversation with some very advanced, intermediate and emerging memorizers alike. You’ll get plenty of exposure to those who make matters more complex and those who simplify.

And today’s contributor to the Magnetic Memory newsletter highlighted a participant over there who goes by Gavino. This person wrote an amazing post called Gavino’s Massive Memory Palace System.

Although I don’t connect with everything Gavino uses, I admire him a great deal for innovating, expanding and sharing. Sharing is educating and I’ve learned a lot from him (he has over 100 posts!)

You may not connect with everything he uses either (or everything I use or theorize about, for that matter).

But so long as these explorations don’t lead you into overwhelm, please educate yourself as much as you can as you continue to adjust the “bicycle’ of your memory. The goal is to get the smoothest ride possible.

To continue the bicycle metaphor, keep in mind that sometimes the chain on your memorization bike requires oiling, or you get a flat tire or you need to replace some parts. No big deal: You have the Magnetic Memory blog and podcast to fall back upon for ideas.

Or you can continue reading with this Magnetic Little Tip on Memorizing Foreign Language Vocabulary.