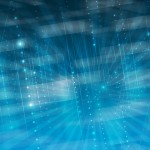 I received a great question yesterday about “building into” existing Memory Palaces in order to add new words.

Here is the message I received:

I’ve been a Latin teacher for many years, and am working on several languages at once, so I’m very excited about using the memory palace and keyword techniques I’ve been learning. I do have a question based on your book and emails.

Your use of loci for the alphabet, if I understand you correctly, is based on sequencing the words alphabetically within each letter site.

How then are you able to add new words to a letter’s site without upsetting the sequence, after you’ve already put in your basic vocabulary, if you’re going to add the new word in to its correct alphabetical slot?

I can see how I can add locations or extensions on to a site, but that’s just adding things on to the sequence, which won’t work if you keep on adding words (which I will) after I’ve already memorized a basic vocabulary list.

This is definitely an interesting issue. There are at least three main experiments that I have made to address the occasional need to change the sequence of a journey or otherwise expand the interior of a Memory Palace.

You might also like to try these mind mapping examples for a means of looking at this issue from a different angle altogether.

1) Place an imaginary bookshelf or some other kind of invented station in between two pre-existing stations.

This technique is perhaps for memorizers who have experienced success both with journeys based on real locations and the use of imaginary constructions.

If one takes the time to build a system for memorizing a deck of cards based on numbers, sounds and a journey, then one will be much better equipped to insert imaginary stations into preexisting journeys.

2) Hazard a mnemonic palimpsest by using stations twice, i.e. having a two-lane highway of alphabetical sequences (clunky and confusing, but not without application in some cases, such as adding phrases to a particular word – see the video I sent out yesterday for an example of that).

3) Create a new Memory Palace for any given letter.

Don’t now how to create them properly?

The first and third options have worked best for me. The third option is especially useful for working with word types.

How To Create a Memory Palace Key

One of the things we can do, for example, is create a key like this (using German as an example):

E1: Words that start with Eig

E2: Words that start with Ein

E3: Words that start with Ent

E4: Words that start with Er

Admittedly, building multiple palaces for individual letters may not be for everyone. However, it is always worth experimenting.

The worst that can happen is that one winds up with a vertiginous array of sub-journeys that require mental demolishing. But that’s all part of Mental-city development, so to speak.

Our minds are very receptive to these experiments and revisions. The mind is infinitely capable of expanding of bringing you into direct contact with your goals.

Since Napoleon Hill’s “Think & Grow Rich” concept has such power, the world is just waiting for a book called “Think & Grow Fluent.” It’s all just a mix of mindset, desire, determination and the willingness to try each new technique we learn at least twice in the spirit of experimentation.

A lot also depends on how one is using the Memory Palaces they have prepared and predetermined.

Are you sitting and devouring the dictionary?

Do you have a learning/memorizing plan based on themes, or are you memorizing as you read a novel or so forth?

Depending on the scenario, it might be wise to have a variety of Memory Palace-types for different scenarios.

Or, as part of the preparation and predetermination stages, begin with greater clarity about how exactly the Memory Palaces are going to be used.

On that note, I have been spending a lot of time speaking German recently, and it has come to my attention that I need to start using my impromptu Memory Palace technique more often.

Indeed! One building in particular is appealing for a few reasons.

Although I don’t know it in and out as such, it has eight floors and each has a cookie-cutter layout.

Thus, I can enter the floor from the elevator and complete an eight station journey around the floor before moving down to the next one. (I want to move down from the top of the building in order to obey the principle of not trapping myself).

I’ll have to report on how this experiment goes in future bog posts. For now, it’s a great visualization exercise, to be sure.

Obviously, one has to be super-fast in order to effectively memorize a word while engaging in a conversation, but depending on with whom you are speaking, great progress can be made.

Plus, you’ll have received the meaning of the word in the target language itself and using a definition from a native speaker. Combined, this makes for a powerful means of boosting fluency indeed.