How To Memorize Numbers The Magnetic Memory Way 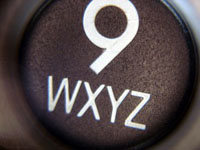 Please note that there is a much more recent article called

The 3 Most Powerful Memory Techniques For Memorizing Numbers.

This post is kept here for historical purposes and because I’m always grateful when I get mail with ideas and explorations of how mnemonics can be used.

So I’m keeping this one here so you can check this great question from from one of our valuable Magnetic Memory Family members:

Here is what I am working on now, and I’d love your feedback: I am designing a specific “thing” to associate with each number, each lower case letter and each upper case letter. This will take me days (weeks?) to complete, but I think it will serve me for a lifetime. For example, my mnemonic for 9 is the 9 planets of the solar system (yes, I know that now they say we have 8, but when I learned them there were 9). I am making sure to choose things that I can creatively use in visualizations and that are “natural” for me to use—9 planets of the solar system, 12 dozen eggs, the 8fold path of Buddhism, etc. Through Google Images, I am finding a visual I like for each one as a base.

I am memorizing all the morphological aspects of the classification of leaves. I want to remember how many of each type of classification there are. For example, there are 8 different patterns of venation. So, I imagined the huge Buddha statue I like with veins popping out of his forehead like a mad coach.

How many patterns of venation are there? 8! It will stick with me now.

The first thing to notice is that you are using compounding. Perhaps you are not consciously aware of it, but the choice of Buddha for 8 matches with the teachings of the 8 Fold Path. We often find little useful coincidences like this and it’s important to notice them because they amplify the effect and make everything much more memorable.

In this case, relating 8 with this aspect of Buddhism falls under what we call the Conceptual Mode of the Magnetic Memory Method.

On another front, one of the guiding concepts of the Magnetic Memory Method is to always use Memory Palace locations and stations, even if you are also using linking methods or a pegword method.

I propose that people combine such mnemonic methods with location based mnemonics because I believe the mind has an easier time memorizing material and finding material when it has been “placed” somewhere.

It’s like choosing a place where the keys always go so that you don’t have to worry about losing them under the sofa cushions. You know exactly where to find them – even if you can’t remember exactly how many keys are on the ring.

And that’s not a frivolous joke about how many keys are on the ring. As one of my very valued contributors to this newsletter has pointed out, using locations in combination with visual association actually gives you twice as many chances to recall the target information. If the visualization doesn’t work, then the location might trigger it and get the engine running. If the location doesn’t help, then maybe you can dig up the visual association from out the “void.”

Let me now share with you two different ways I’ve heard that people deal with numbers. This is typically called the “number-shape system.”

Naturally, one has to go with whatever images works at an individual level. It’s great that 9 planets works for you, but that might be too much going on for another person, or, as you point out, they might get caught up on the planet controversy instead of zooming magnetically to the information they want to recall.

But I think the real strength here comes from creating the association and then locating it some place.

For example, something I’ve done a great deal is take the train in Germany. You always get a wagon number and a seat number.

Easy: I see a swan chasing a boat and a candle setting the McDonald’s sign alight.

But when taking the train, in order to strengthen the image, I actually locate it somewhere. I build an impromptu Memory Palace by simply imagining these images are taking place on the platform in front of me.

Conversely, I have had in the past a default Memory Palace which was ready made and prepared for situations in which I need to store numbers.

This was great for phone numbers, back in the day when we still remembered phone numbers. But the point is that the visuals I used to memorize the numbers were always located someplace so that I knew exactly where to go in order to do the work of reverse engineering the images to get the number (usually that’s not even necessary because the magic of having gone through the mnemonic process usually brings you the info faster than you can decode the images anyway).

There’s another way that I use numbers, and I use it more often than the one I’ve just described, but let me defer that for another day. If you want, you can find the general principle in the card deck memory chapter in the book.

As for the alphabet, I’m curious as to why you would like to have images for both the small case and the upper case. The first solution that leaps to my mind that would make it so much easier would be to have a Memory Palace journey in which each letter is associated with an image, but instead of having two separate images for the two cases, that image would simply have two sizes.

Instead of seeing just one apple in/at the Memory Palace station, there would be a small one and a large one (both rendered with zany imagery, as ever).

Again, I don’t know your purpose in doing this, so perhaps if you tell me more, I can suggest something more concrete.

I hope these quick thoughts help. Maybe someone else will have an idea for you. If they do, I’ll be sure to write about it in a future edition of the Magnetic Memory Newsletter on this memory blog.