Can I Memorize The Vocabulary Of More Than One Language At A Time? 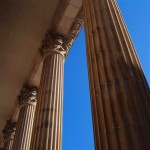 Here’s a great question about memorizing more than one language at a time:

Thank you for your websit. I am currently reading your book. and I am interested in learning French / German & Dutch all at the same time.

I want to focus all my attention equally to memorizing vocabulary.

Do you have any pointers ?  Any idea how to keep the words in each language separated?

Maybe a German object in the mnemonics that I create if it is a German word, etc.

First off, congratulations on thinking this through. Bilingualism is very healthy for your brain – so three languages is very commendable!

For those not yet on the path, here are 15 reason why learning a foreign language is good for your brain.

Your idea to include a German object with German words, a Dutch with the Dutch and French with the French is quite brilliant. If you were to use just one object in coordination with each word, you would be giving yourself dozens of possibilities for creating the kinds of zany images that make these words so memorable.

For German, you could always use a Bierstein, for French a wedge of brie and for the Dutch, a ship. These are just a few of object-based “Bridging Figures” that come to mind. People usually work better for this task, however.

For more related to German, check out How to Learn and Memorize German Vocabulary (Enhanced Ebook Edition with 30-day Vocabulary Challenge).

However, having these Bridging Figures does not solve the potential problem of having chaotic arrangements of multiple languages all over your Memory Palaces.

Separate Your Memory Palace Into Channels

I suggest separating your Memory Palace journey into “channels.” In your case, these channels would be the French, German and Dutch channels. These separate channels would essentially run side-by-side like lanes on a highway.

For someone like myself, I could manage this three-channel or three-lane division conceptually. For others, it might help to imagine dividers between the channels.

For yet others, they might imagine different colors running in stripes along the floor of the Memory Palace journey. French could be blue, German gold, Dutch white.

A lot depends on how your journey is structured.

Let me help you ensure everything is correct:

I know that many people like to use hallways as stations, sometimes even doorways. I could see how in such cases, this would make it difficult to squeeze in three separate mnemonic images, especially if you’re making them large and vibrant and colorful.

One could wind up creating a great deal of distortion, something that will ensure you’re never fluent forever, as my friend Gabriel Wyner puts it.

At the same time, we are talking about pure mental magic where you are the only one who sets the rules. If you were to consciously decide that there is no interference between the images, then your mind will bring you the perfect methodology for making that happen.

For example, when I set my mind to it, I imagine little glass domes covering each image. It’s kind of like trapping the sun beneath a glass cake bowl or something like that. The rays press against the glass, but they can’t escape or cast influence on the other glass bowls covering channels two and three.

There is one major issue, however.

Take the letter A, for example. To split the Memory Palace journey into channels or lanes for a letter A Palace designed to accommodate three languages, one would then need to make the palace itself governed by English words (or words from your mother tongue) rather than the words of the target language.

In other words, you would have a station devoted to the word “assassin” and then split into the three words for “assassin” in Dutch, German and French, words which may or may not start with the letter A.

Normally, I always recommend structuring the path using the target language, because that’s the language we want to focus on, but in a special case like yours, it makes more sense to structure the path along one’s mother tongue.

Anybody else have any thoughts about this? Leave a comment below or start a thread on our memory improvement forum.

2 Responses to " Can I Memorize The Vocabulary Of More Than One Language At A Time? "